Shamis & Gentile, P.A., investigates potential cases for individuals who have had hernia recurrence or surgery. Ethicon has withdrawn the Physiomesh Composite Mesh hernia patch after two studies found higher rates of hernias re-opening (called “recurrence”) and additional surgery compared to similar products. If you or somebody you know had hernia recurrence or surgery, you should contact our lawyers immediately for a free case consultation. Please use the form to contact our office and speak to a lawyer right away.

Every year, surgeons perform about 100,000 to 150,000 ventral hernia repairs in the United States. The operations can be minimally-invasive (“laparoscopic”) or open. It is very common for surgeons to stitch a mesh patch over the hernia to strengthen the abdominal wall. Hernia mesh is often used to reinforce the abdominal wall and prevent the hernia from re-opening (called recurrence). The problem is that some types of mesh are better at preventing recurrence than others. Another problem is that mesh increases the risk of rare but serious long-term side effects.

Complete the form below
and we will contact you

Our firm works on a contingency basis, which means we only get paid if we are successful in obtaining a settlement for you.

Otherwise, there are never any fees or expenses paid!


Physiomesh is hernia patch that is made from flexible, non-absorbable polypropylene (plastic) filaments that are woven into a fabric. The patch is laminated between two layers of Monocryl (poliglecaprone), which is intended to have anti-inflammatory or anti-adhesion benefits.

Physiomesh has been on the market in the United States since March 2010. The FDA approved it with a 510(k) application, which allowed it on the market without new safety studies because it was “similar” to other types of hernia mesh on the market.

Physiomesh Pulled Off Market Due to Revision Surgery Risk

In May 2016, Johnson & Johnson issued a voluntary global market withdrawal for its Ethicon Physiomesh® Flexible Composite Mesh due to an increased risk of side effects. Two large studies in Germany and Denmark found higher rates of hernia recurrence and re-operation compared to similar products that are used in laparoscopic ventral hernia repair, according to an Urgent Field Safety Notice (PDF) to surgeons. 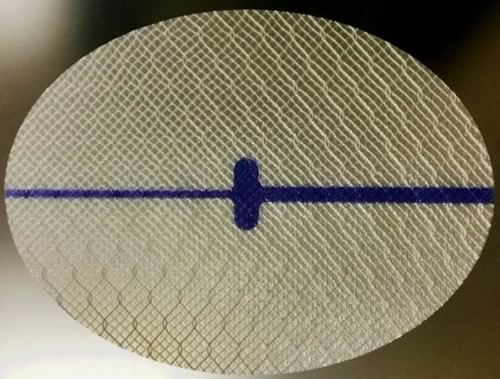 In September 2016, a lawsuit was filed against Ethicon by a woman from Florida who required surgery to remove Physiomesh that grew into her intestines and caused serious health problems. .

Physiomesh Lawsuit Set for Trial in 2018

The first Physiomesh trial date is set for January 22, 2018 before Judge J. Phil Gilbert. The plaintiff was diagnosed with an infection in and around the mesh, causing two abscesses and an intestinal fistula. He required surgery and continues to suffer health problems. The lawsuit was filed on April 1, 2016 in the U.S. District Court for the Southern District of Illinois — In Re: Matthew Huff v. Ethicon, Inc. — Case No. 3:16-cv-00368.

Do I have a Physiomesh Lawsuit?

Shamis & Gentile, P.A., is currently accepting Physiomesh induced injury cases.
If you or somebody you know had hernia recurrence or surgery, you should contact our lawyers immediately for a free case consultation.

HOWEVER!
Be aware that every case has a deadline and so it is imperative that you
contact us immediately to avoid any potential waiver of your claim.

There are NO fees or expenses unless a recovery is obtained, so call today for a free consultation : 305-479-2299, or request a free case review on-line.

We would be happy to review for you, a loved one, a friend, or anyone you suspect may have a case.